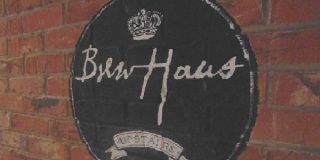 Yorkshire Enterprise Network takes its August event back to Bradford’s Brew Haus and Stein Bierkeller this week – marking the first anniversary of one of the city’s biggest leisure developments.

The Bradford Means Business event, on Thursday, August 25, will bring back a few memories for many attendees, as YEN delegates were the first through the doors for a sneak preview of the venues before the doors opened to the public a year ago.

This Thursday’s event, organised by Yorkshire Enterprise Network and the Telegraph & Argus, kicks off at 6pm. It will look back at the successes and look forward to the future, of a revived Bradford and its hospitality scene.

Councillor Susan Hinchcliffe, who took the helm as Leader of Bradford City Council earlier this year, will be one of the key speakers and will reveal her vision for Bradford into the future. The second speaker will be former Bradford South MP Gerry Sutcliffe, a former minister in a number of Whitehall departments, former vice chair of Yorkshire and Humber development association – and ex captain/goalkeeper of the parliamentary football team.

Mr Sutcliffe, now Director of Sutcliffe Swales Consulting, will talk about devolution to Yorkshire and the future of the Northern Powerhouse under the new post-Brexit Government. At last year’s pre-launch event, delegates were given a taste of the food and entertainment to come at the new nightlife complex alongside the Alhambra Theatre at the heart of Bradford’s revived West End leisure scene.

This year the venues will be showcasing a rather different food offering – with a preview of their Christmas Party menu for businesses. Guests will also get the chance to view the private dining room which opened recently in the Brew Haus.

Director of Yorkshire Enterprise Network Sheraz Malik said: “Last year we were proud to be first through the doors of one of Bradford’s biggest leisure ventures, representing a combined £1.2million investment and a huge vote of confidence in our city.

“So it is most appropriate to revisit the venue a year on to see how things have developed, marking a year of growth as part of the ongoing renaissance of our city. Delegates will hear from the two speakers about all the successes achieved over the past 12 months and their views on what the future holds for Bradford, in both the context of local authority plans and the impact of the Brexit vote.”

The YEN event will kick off a weekend of celebrations at Brew Haus which continue over the Bank Holiday with a Cider and Sausage festival and stalls from the popular Friday night market.

Please register your FREE attendance on the form below