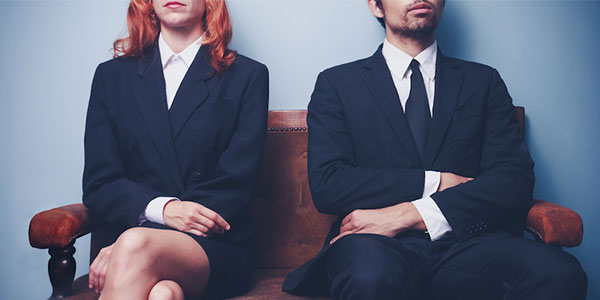 Not sure? Then you are not alone, but if you employ 250 employees or more you will be expected to find out by taking a snapshot of your workforce on 5 April 2017 and to publish the findings within a year.

What is a gender pay gap?

This is a term used to describe any difference in the average pay of all women and men. Since 1997, the gap between men and women’s average pay has been monitored by the Office for National Statistics. In 2015, the gap was 9.4% for full time employees and 19.2% for all employees owing to the fact that more women work part time than men and part time workers of both sexes earn less per hour, on average, then their full time counterparts.

Which employers are affected?

Both private and voluntary sector employers with a workforce of 250 or more are required to comply with the duty. Public sector employers are excluded from the Equality Act 2010 (Gender Pay Gap Information Regulations 2017) but will be subject to separate regulations which have not yet been published.

The requirement to have at least 250 employees is judged on 5 April each year starting from 2017. This is known as the “snapshot date”. This means that a company with 245 employees on 5 April 2017 will not have to comply with the duty even if later the same month it employs further five individuals, but it will have to do so the following year (assuming its employment figures remained static or increased).

One issue of concern to many of our clients was whether group companies have to aggregate employees across different subsidiaries. The Regulations do not require this.

Are all employees counted?

Only “relevant employees” are counted on the snapshot date and these include employees and workers (including those engaged directly as consultants and independent contractors). Partners will not be included unless they are also employees. This is a wide definition and will bring more employers into the scope of the Regulations.

It is possible that employees engaged by the organisation who are working overseas may also have to be included (something that was not envisaged in the earlier version of the Regulations which required employees to normally work in UK and have a contract of employment which was governed by UK legislation). We hope that this will be clarified in guidance which is due to be published soon.

What information has to be provided?

What counts as ordinary pay?

Pay includes basic pay, paid leave (provided it is at the same rate as full pay), shift premium pay, bonus pay and allowances (including location payments, those paid to reflect other duties performed such as a fire warden and car allowances).

Pay does not include overtime pay, redundancy pay or payments relating to the termination of employment, payments in lieu of taking leave and non-monetary benefits.

Payments received linked to productivity, performance or commission earned have to be included. In addition, benefits received in the form of securities, securities options and interests in securities are also included in the definition.

Pay is calculated over a specific reference period which includes the 5 April each year. The reference period reflects the employee’s pay dates. For example, the pay period for an employee paid monthly will be April.

How is the pay gap calculated?

To generate average earnings figures unaffected by the number of hours worked, employers will need to calculate an hourly rate of pay for each relevant employee. The Regulations set out in precise detail how this should be tackled and specify that a month and a year are to be treated as having a specific number of days.

Weekly pay is determined using gross weekly pay divided by the employee’s normal working hours where applicable, and adopting a 12 week reference period for employees whose working hours vary from week to week. Weeks where the employee does no work are not counted (but oddly are, where, at least an hour’s work is done).

Employers do not have to obtain pay data for all relevant employees. An exception has been created which applies to employees who have a contract personally to do work, if the employer does not have the information required to compile the data and it is not reasonably practicable to obtain it. This recognises that employers may not be able to gather information for workers who are not on their normal payroll systems.

Employers must identify quartiles for the overall pay range. This requires:

When is the first report due?

Organisations have a year from the first snapshot date of 5 April 2017 to publish their results. This means that the final date for publication is 4 April 2018. Thereafter, reports have to be published by 4 April each year.

The requirement to publish information about bonuses requires businesses to look backwards over the preceding 12 months, which means that decisions that you make now (or may have already made) will be subject to scrutiny.

Where do we have to publish this information?

On a searchable UK website that is accessible to the public as well as to your website, the information must be retained for three years.

In addition, employers will also have to upload the information to a government sponsored website (which is likely to display the information in some sort of league table). This has not yet been set up.

Can we opt out?

No. All businesses with employees over the 250 threshold have to comply. Whilst, there are no penalties for non-compliance, the government has said that it will run “periodic checks”, produce sector based tables and it is also considering “naming and shaming” those organisations that do not comply. In addition, the notes to the Regulations indicated that the Equality and Human Rights Commission can use its existing powers to investigate organisations that fail to publish their gender pay metrics.

It is also possible that businesses may also face reputational damage if they do not provide the information.

What are the risks to our business if our report shows disparity between the pay of men and women?

There might be perfectly good reasons for this including the fact that more men hold the most senior roles or more women work part time in your organisation. This is not unlawful.

However, if you discover that there is a difference between pay within specific roles and grades, you will need to undertake further work to ascertain the reasons for it. If these relate to gender, then your organisation will be vulnerable to a claim. Claims for Equal Pay can be brought in the Employment Tribunal (generally within six months from the end of the employment contract) or in the County Court (within six years). Trade unions are likely to scrutinise the information provided to try and find out if any claims can be brought.

Claims can be brought for the six years’ back pay (five years in Scotland).