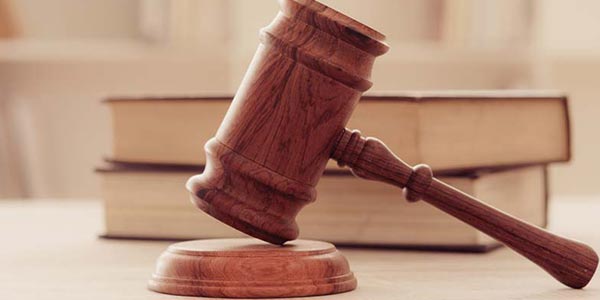 We have identified 5 cases which we think could have a big impact on employment law and HR Policies and practices over the next few months.

Issue:
Whether the Working Time Regulations (“WTR’s”) can be read in line with the European Directive on working time. In particular, whether the week’s pay provisions of the Employment Rights Act 1996 should be re-written for the purposes of the WTR’s so that commission and similar payments are included in holiday pay.

The Supreme Court is expected to hear this case in 2017.

Why it is important:
If British Gas is successful with their appeal the British Government will come under pressure to amend the WTR’s to make it clear that individuals with normal working hours, whose pay does not vary according to the amount of work done, will be entitled to have individual results based commission included in their holiday pay calculations. This is because the European Communities Act, passed by parliament in 1972, accepted the supremacy of EU law.

If British Gas is successful, other employers may seek to raise similar challenges about whether overtime and other benefits should be included in holiday pay. If the appeal fails the case will return to the tribunal to determine how much holiday pay Mr Lock is entitled to receive. This is likely to be done by averaging his pay over a reference period which the tribunal will have to determine. This may provide guidance that can be applied to other similar cases.

Issue:
Whether claimants are prevented from bringing holiday pay claims as a series of unlawful deductions from wages where there is more than 3 months between individual deductions.

Why it is important:
This issue goes to the heart of how far back workers can make claims against their employers for having historically failed to include all relevant payments in holiday pay and, if successful, it is possible that claims can go back a number of years.

The decision has implications outside of the scope of holiday pay and will affect other claims brought as a series of unlawful deductions.

Issue:
Whether a claimant bringing a claim of indirect discrimination has to establish that the application of a provision, criteria or practice has caused their personal disadvantage and the reasons why it causes that disadvantage.

The decision of the Supreme Court is expected in 2017.

Why it is important:
It is well established in UK law that a claimant has to show that they belong to a group that, as a whole, is disadvantaged by a seemingly neutral provision, criteria or practice applied to the workforce, or to a section of it. This case will determine if they have to take a step further and demonstrate that even though they belong to the disadvantaged group, they have also been personally disadvantaged and the reasons for this. This will, potentially, make it more difficult for claimants to succeed with indirect discrimination claims.

Issue:
How many people have to potentially be affected by a disclosure for it to meet the public interest test? This case involved around 100 other managers.

Why it is important:
To counter criticism that individual employees were able to bring whistleblowing claims about alleged breaches of their own terms of employment, the Government made changes to the whistleblowing legislation. Claimants must show that they had a reasonable belief that their disclosure was “in the public interest”. Since this case, four lorry drivers have tried to persuade a tribunal that their complaint (about overtime) satisfied this test and a worker at a charity annoyed about the lack of desk space available to her has sought to argue that her disclosure was in the public interest because the public would be concerned about the working conditions of charity workers.

The Court of Appeal will hopefully provide guidance on how many other people must be affected by the subject of a particular disclosure to constitute the public.

The issue:
Whether individuals expressly engaged as self-employed contractors are, in fact, workers. Pimlico entered into contractual arrangements with its plumbers to provide services to its clients. The plumbers were required to use their own tools, had to take responsibility for their work and provide indemnity insurance. However, they gave the appearance of working for Pimlico; they wore a uniform, drove vans which displayed the Pimlico brand and customers paid Pimlico for the work undertaken.

The EAT found that the plumbers were workers – but not employees. The Court of Appeal will hear Pimlico’s appeal on 17 January 2017.

Why it is important:
If the plumbers are workers they will be entitled to basic workers’ rights such as the right to receive the national minimum wage, paid holiday and not to suffer unlawful deductions from their wages. They will also be able to bring discrimination claims.

The last few years has seen an explosion in the number of individuals working under self employed contracts – often as part of the “gig economy”. They are paid for the tasks they complete and on rates fixed by their employer. These individuals have no employment rights and often receive less than national minimum wage. We are seeing increasing numbers of individuals challenging their status and claiming to be workers or employees. Uber drivers recently persuaded a tribunal that they were workers (a decision Uber is now appealing). These cases suggest that tribunals are taking a pragmatic and bold approach to determining status cases despite contractual arrangements which are designed to give the appearance that individuals are genuinely self-employed.