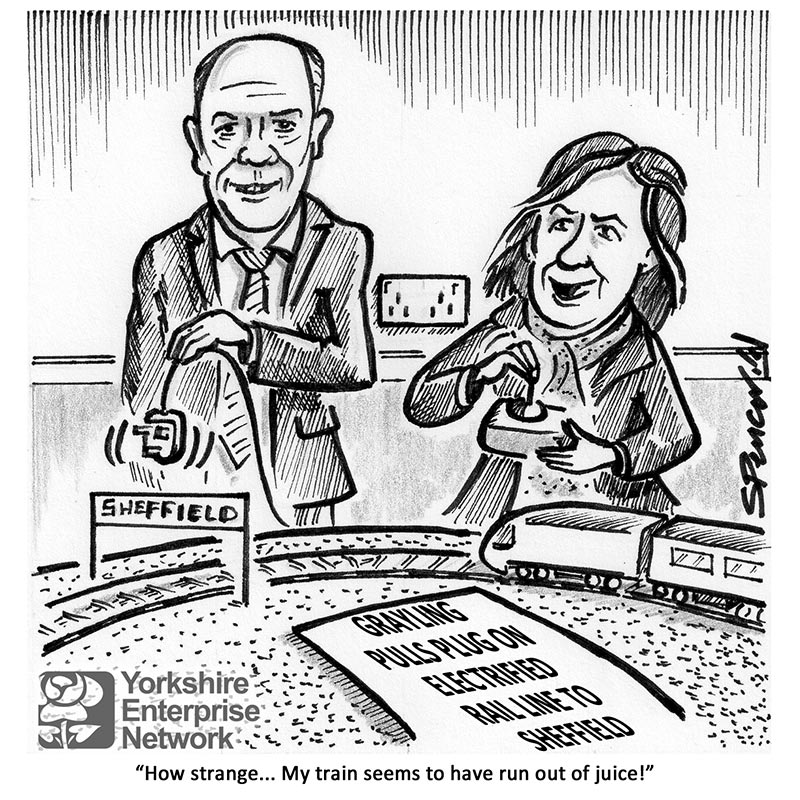 Back in 2012 then Prime Minister David Cameron herald it as the “biggest modernisation of our railways since the Victorian era”.

This was the announcement that £800m would be invested in creating what he called an “electric spine” from Yorkshire and the West Midlands to the South coast ports, increasing passenger and freight volumes.

Now, five years later, Theresa May’s government have gone back on that much boasted about pledge as Transport Secretary, Chris Grayling, announced that plans to electrify the line to Sheffield would be scrapped. And investment in a Trans-Pennine electrified line between Manchester and Leeds would also not go ahead.

Instead the Department of Transport would be investing in “bi-mode” trains that could switch from electric to diesel as they leave the electrified southern lines to continue their journey north.

MP for Sheffield Central, Labour’s Paul Blomfield, called it ‘an utter disgrace’. “This is a betrayal of promises made to Sheffield not once but twice. The Government said that electrification would bring cleaner, faster and more reliable services for passengers. Now they’re saying Sheffield can’t have it,” Further adding. “At a time when there has never been a greater focus on the impact of diesel fuel on the environment their decision to scrap electrification is incredibly irresponsible.”

The Transport Secretary responded by claimed this switch to bi-mode trains represented the ‘biggest investment in the railways since the Victorian era’. Wonder where he got that from!