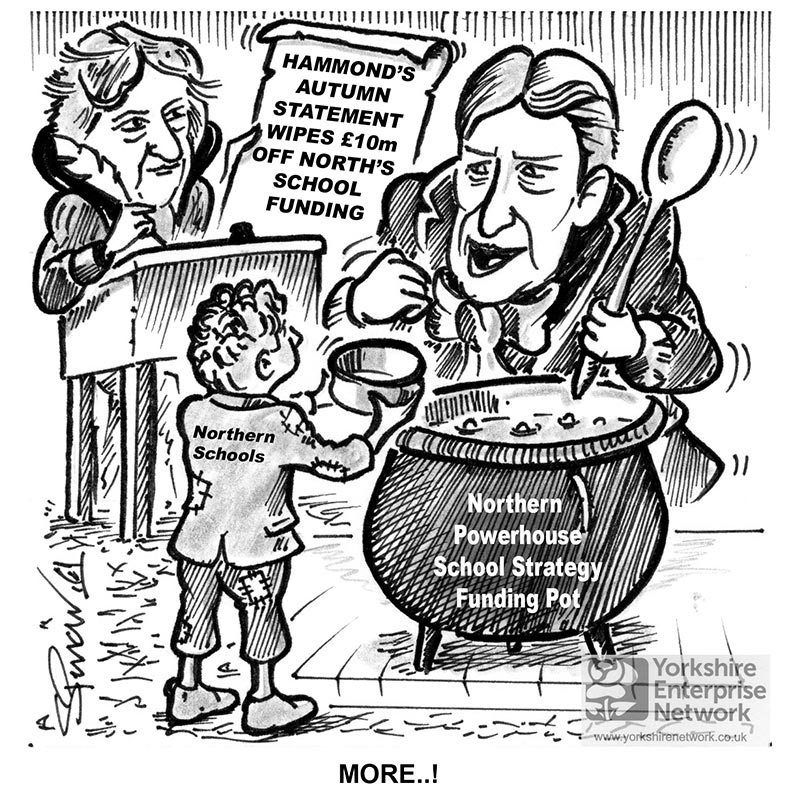 The Northern Powerhouse project is often credited with been the brainchild of former Chancellor, George Osborne. As such he allocated a sum of £80m to raise standards in schools across the of North of England.

This initiative was to span four years, £20m for each of those years, with Bradford headteacher Sir Nick Weller tasked with generating a list of policies.

However, in his Autumn Statement, new Chancellor Philip Hammond, announced that he was committing £70m to the Northern Powerhouse Strategy. So what happened to that missing £10m? The Treasury tells us it was just an accounting figure, but failed to report it this way in the Spring.

In the meantime, schools in London were awarded vast amounts of investment while our schools struggled to get off the bottom of the National League Tables. It’s all very good Theresa May preaching that she will take a new approach to helping the regions achieve their potential, but until this is backed up with serious investment from Westminster, our young people will not be best placed to take up any opportunities created by the Northern Powerhouse.