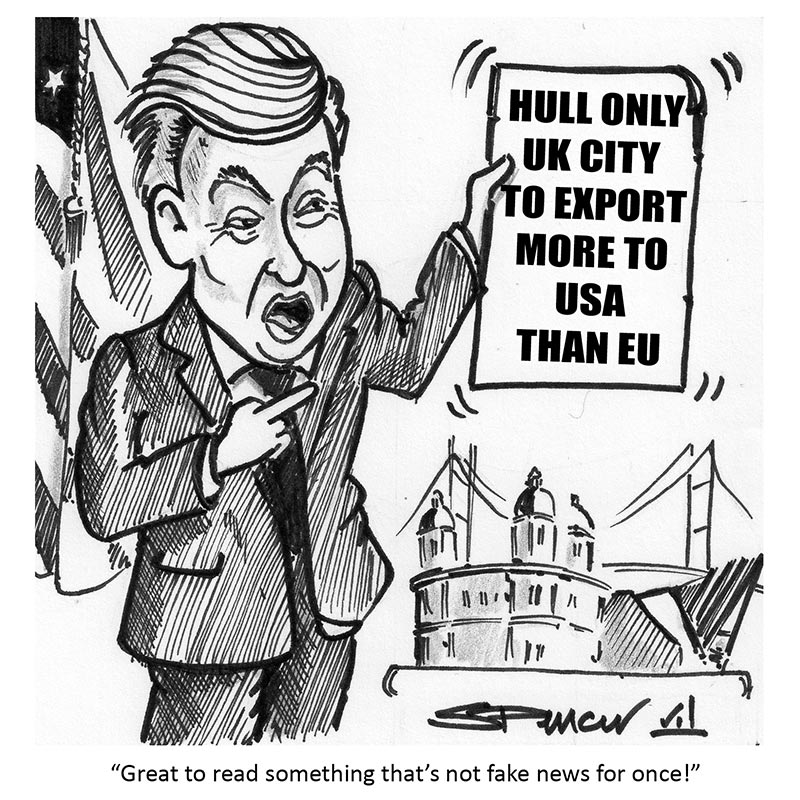 A recent survey investigating the scale of UK exports to the EU has revealed that Hull exports more to the USA than any other city in the UK.

The survey, Centre for Cities, revealed that the Yorkshire port sends 46% of its exports to the USA but only 29% to the EU.

The figures, which are based on data from 2014, also revealed that the UK most reliant on EU trade was Exeter, in the south-west, who send 70% of their exports to Europe.

The statistics were released to highlight the need for the government to secure the best EU deal as the UK prepares to leave the single market.

Alexandra Jones, chief executive of Centre for Cities said “While it’s right to be ambitious about increasing exports to countries such as the US and China, the outcome of EU trade negotiations will have a much bigger impact on places and people up and down the country.”