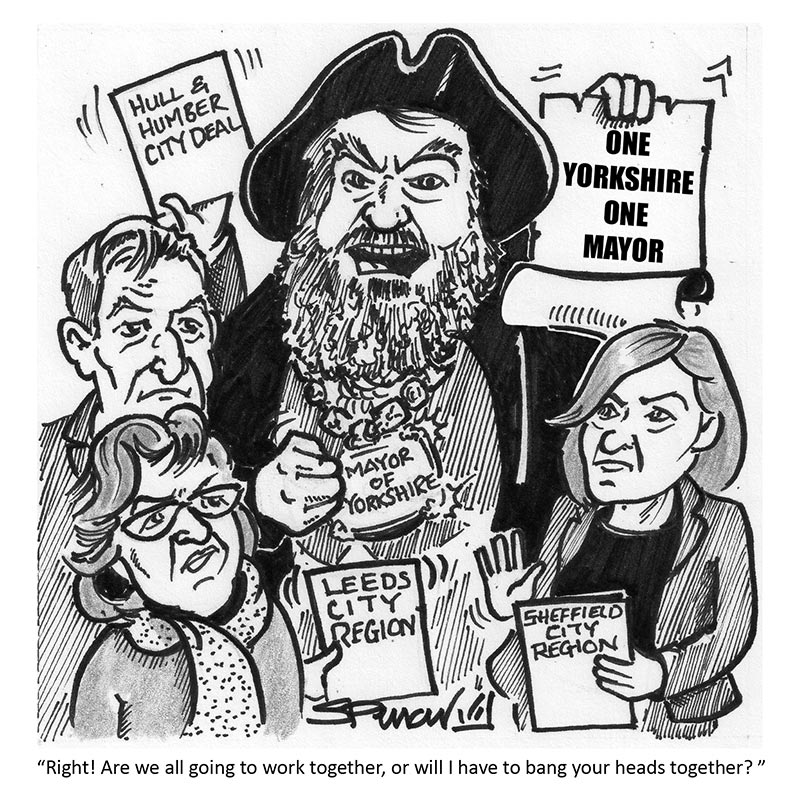 It’s fair to say that us Yorkies are fiercely proud of our heritage and don’t take kindly to ‘oft cumdens’ meddling with our affairs.

Going back to April 1, 1974 when Ted Heath’s government created the reviled county of Humberside, I have never trusted the meddlings of Westminster in Yorkshire’s affairs. The creation of Humberside robbed Yorkshire of its ‘East Riding’ and a bit of West Yorkshire. While Lincolnshire lost Lindsey District and its industrial north, rendering it a totally agricultural county.

It was so unpopular that after 25 years, Humberside was at last abolished. On April 1, 1996 Lincolnshire got Lindsey back and East Yorkshire was reunited with ‘God’s Own County’.

The Independence referendum in Scotland seemed to awaken desires in England for greater autonomy from Westminster and there were calls from The Yorkshire Party (formerly Yorkshire First) to seek a devolution deal for the whole county. Yorkshire as a larger population than Scotland, Ireland and Wales and an economy twice that of Wales and the Yorkshire Party also called for powers so that Yorkshire could set its own tax rates, and make its own economic decisions through a regional assembly.

So when former Chancellor, George Osborne, announced his ‘Northern Powerhouse’ concept I viewed it with suspicion. David Cameron’s off camera gaff “We just thought people in Yorkshire hated everyone else, we didn’t realise they hated each other so much.” in September 2015 further convinced me that Westminster was once again out to divide and dilute Yorkshire’s desire’s to control its own affairs.

Osborne and Cameron’s concept of ‘City States’ also known as ‘Devo Max’ deals controlled by an elected metro mayor, I believe was further proof of Westminster’s intent to head off any plans to set up a Yorkshire Assembly.

When Derbyshire County Council successfully challenged Sheffield City Region in the High Court over a plan to include Chesterfield within its plan, there was a call to look for alternatives to the ‘City Region’ model and Labour’s John Trickett called for a debate on the possibilities of an elected mayor for the whole of the Yorkshire and Humber region.

Unsurprisingly South Yorkshire’s Labour MPs were totally against the idea and Theresa May’s Devolution minister, Andrew Percy, added the idea of a Yorkshire Region was a “non-starter” and that “Postponing [Sheffield City Region’s] launch is fine, but any attempt by its members to renegotiate could set us back years.”