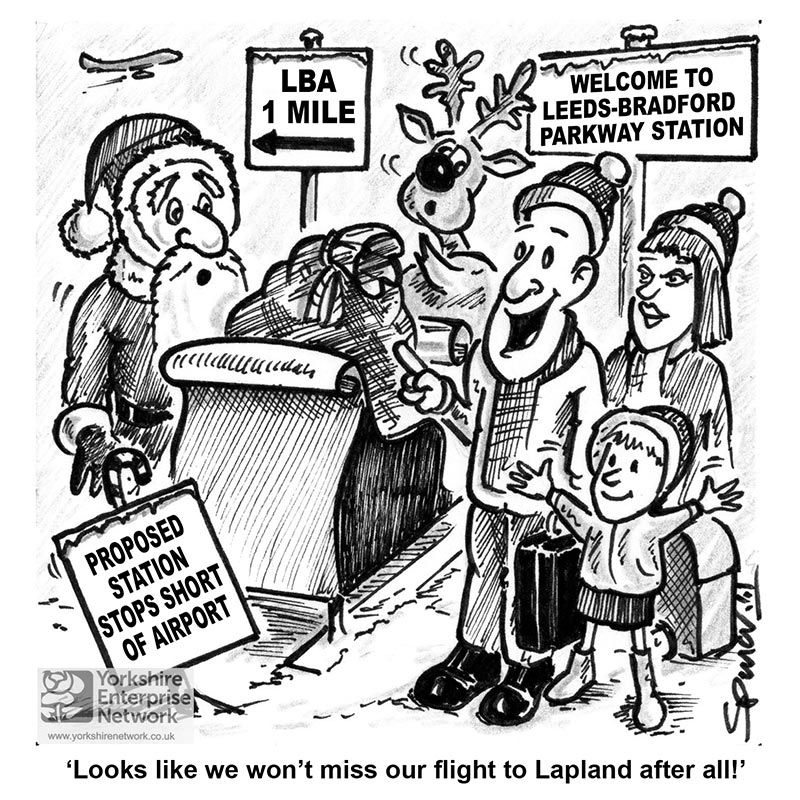 It’s a rail link, but not as we know it!

Transport infrastructure is a bit of a sore point in Leeds at the moment, and not without good reason. For a city the size of Leeds with an economy in the region of £50 million each year, the recent failures that have left the city without a modern transport system is simply outrageous.

This year (2016) around 5 million people arrived in Yorkshire through Leeds-Bradford airport. But when they get here the only way to reach the centre of Leeds is using road transport. A rail link is vital if roads in and around Yeadon are not to be placed under greater pressure.

The recent announcement of a proposed rail link is nothing new, with plans to create a 1.1 mile from a spur off the Harrogate-Leeds’-York line been talked of as the more likely of solutions.

Leeds got £174 million from the Department of Transport when the Trolley bus scheme fell through and this will be used to part-fund the Airport Rail Link. However not everyone is pleased about the scheme as the Rail Link would fall a mile and a bit from the airport, and a shuttle bus would be needed to take the passengers on to the airport. This is an absurd state of affairs when you consider most other airport rail links take you into the airport. Clearly, this aspect requires a little more planning if a true rail link is to be achieved.