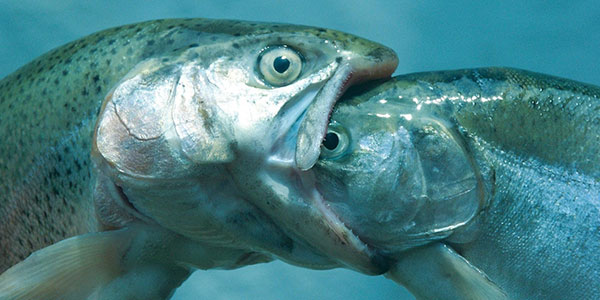 It’s a strange age we’re living in. More people than ever are taking flight from the usual Mon-Fri and starting their own ventures and, as an avid networking, I see a lot of fresh faces brandishing their shiny new business cards, ready to take the business world by storm.

And why shouldn’t they? It’s never really been easier and more cost-effective to startup in a lot of industries given the low cost of essential software and available information scattered across the Internet.

However, as if dealing with the steadily vertical learning curve of starting and running a business isn’t enough, you still have to deal with some really iffy ethical behaviour from your competition and watch your back as much as you have to watch your bottom line…

I’ll tell you a recent tale from a client of ours where they had to deal with not one, but two separate incidences of questionable behaviour from their competition in as many days.

The first is relatively benign but still a little crass. Our client, who sits in the food and entertainment industry, had set up a morning combo deal of food and a beverage for £x. Their local competition almost immediately sets up a virtually identical offering for a meagre 10p less…I mean, really?!

Sure, it’s not illegal; no one owns the rights to tea and cake, but it shows zero imagination and is, at best, a big waving finger that says ‘hey, ignore those guys, they’re rubbish’. Get the same deal here for 10p less!’. Smooth…

It’s also nothing new: I can remember the baked bean wars of the North East, which pitted budget grocers against each other in a race to the bottom to sell the cheapest can of beans.

The second incident is a more underhand but also worryingly common. The other main competition in the area set out to leave a social media review of our client’s establishment. It was given an average rating and supplemented with a rather damning review that appeared, on the surface, to be fairly objective. However, looking a little deeper revealed a less-than-subtle series of attacks on the main service offerings.

Again, it’s an all too common occurrence where your competition can attempt to undermine and damage your business through negative reviews, false advertising clicks and other piggybacking methods.

How should you handle dickish competition?

Directly, in my experience. Call them out, subtlely where possible. People don’t like that. In the first example above, probably just let it go and you do you – shine so brightly you eclipse the petty-minded amongst your rivals.

Whatever you do though, you must always, always respond to negative reviews online, even if it’s just to sympathise and reach out to offer a helping hand.

In the case above, the owners actually responded to the review on social media and welcomed the review from their competitor (pointing this fact out in the process!) and saying that they’d love to return the visit at some point.

After this pleasant response, it’s best to just get on with things. So long as nothing illegal, libellous or otherwise damaging has happened then it’s just a burn to your pride and morals, and that can be overlooked.

Remember, although frustrating, if your competition has the time to spend going around mimicking your offers or leaving negative reviews, then they:

1. Are spending less time on their own business’ unique offerings
2. Are obviously quite insecure and wish they’d thought of your ideas first!

Collaboratition: a new way of working

There is a better way of working with your fellow business rivals, however, and that is to think of them as an extended part of your own business and work with them rather than try to horde all the riches for yourself or see every other business in your space as your competition.

This week alone, I’ve seen two great examples of this working in action. The first was a mid-sized agency bidding on a substantial governmental contract (30m+) who partnered with a much larger organisation to win the work (which they did!).

The next was in my own business. We had discussions with a new business looking to outsource their social media management and content marketing work. After the initial exploratory session, we determined that one of our connections, in a similar space to us, has a much better skillset for the social work and is much better placed to produce content for the target market because of their personal interests and pursuits being in that target market!

Bottom line: we could keep all the pie and do a great job; or, we could team-up with a like-minded partner and do an outstanding job.

Sure, it’s less profit for us, but it’s also a little less work so we’re not losing anything. What we’re gaining, however, will be an ecstatic client and much better end results for all involved! No brainer 😀

With close to 20 years software development and marketing experience across the public and private sectors in tech and education, I have a driving desire to help businesses design, produce and deliver outstanding products and services, market those services successfully and fuel business growth.

Armed with a thorough knowledge of the business, I develop a holistic marketing strategy that maps out the initiatives and activities required to produce results, drive real business growth and, most importantly, realise a fantastic return on investment.