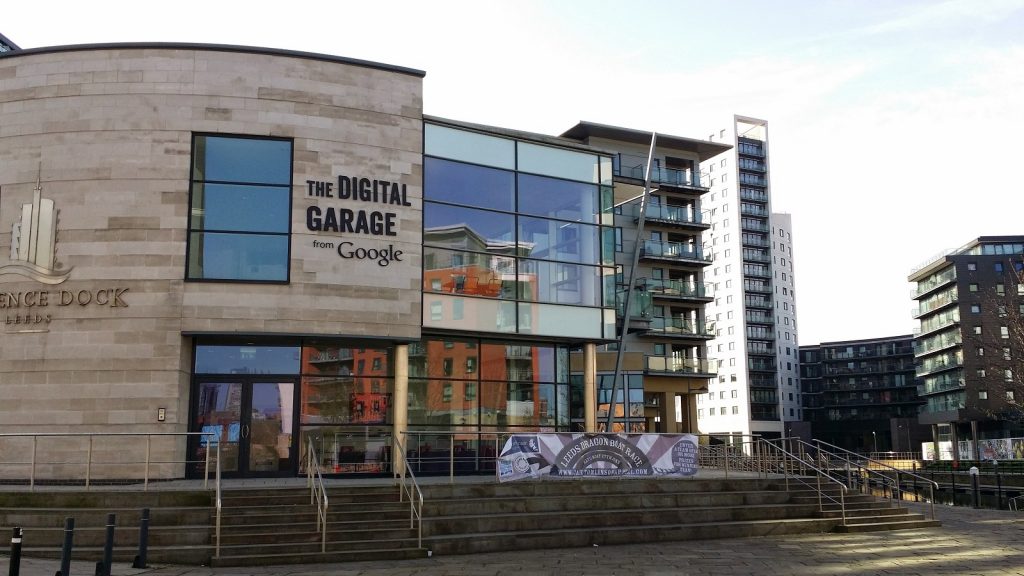 “I work for AQL, the smart telecoms operator founded by Prof. Adam Beaumont. We do all kinds of things – messaging, voice, data centre services, connectivity, M2M, IoT – but there’s always one goal at the heart of everything: Connecting people to make society better.

That focus drives every decision we make. It’s why we’ve spent a decade investing in the North’s digital infrastructure. It’s why we build partnerships and encourage collaboration between companies, Government and other stakeholders. It’s why we’re so dedicated to community and diversity outreach.

And that goal, with everything it entails, means we play a core role in the digital and technological success of the region.

Because of where we operate in the industry, as a ‘hidden enabler’ and a wholesaler selling to other businesses, people interact with our services every day, across every sector – healthcare, transport, banking, government, entertainment, retail – without ever knowing it. If you’ve streamed video in the North, there’s a good chance you’ve interacted with aql. If you’ve called or texted through the biggest ridesharing or property rental apps in the UK, you’ve used aql’s services.

Adam sometimes describes us as ‘internet plumbers’ and that gets to the heart of our role in the ecosystem. Some people build consumer applications, but we’re interested in the silent tech, the behind-the-scenes stuff on top of which everything runs.

We’ve built major parts of the internet infrastructure in the North, which means we’re responsible for a lot of the data flowing through the North of England. This includes the Northern internet exchange, IXLeeds, the first fully-independent exchange in the country. This infrastructure makes it possible to run a digital business in the region – creating thousands of jobs, kick-starting a thriving digital sector and driving significant economic growth.

As a ‘city enabler’, we’re building the supporting engineering behind next-generation networks. The work we’re doing at the moment will make Leeds one of the UK’s first 5G test cities, and a hub for technologies such as driverless cars and delivery drones. That’s one of the biggest focuses for us as a business right now and it makes this a very exciting next couple of years for everyone who lives and works in Leeds.

Outside and around my day job, my focus is on women in technology and business. I use my platform to speak about the issues we face and to create opportunities for women and girls across the region.

Growing up, it was hard to find role models. My small town wasn’t home to technology companies or big businesses – and even in larger cities, the number of women high up in business was depressingly small. If I couldn’t find a good role model, I wanted to be one, to help make sure the next generation didn’t have that problem.
One of my major focuses is getting girls into tech as early as possible. As an ambassador for Ahead Partnership – an organization that works with employers and educators to motivate young people around skills, career options and future employment – I hold the annual GirlTech event at aql’s HQ. We host 140 young girls to introduce them to opportunities in tech and encourage them to pursue digital subjects in their GCSEs.

We know, though, that diversity at a senior level produces the most successful organizations, which is why we need to keep pushing. My mission is to show girls that tech isn’t a boys’ club any more – there are women doing amazing, inspiring things in our industry, and this next generation can take that to another level. That’s what makes me so hopeful whenever I meet young girls. The spark is clearly there. We just have to ignite it.

Supporting women in the workplace is the right thing to do, obviously – that should go without saying – but it also goes hand-in-hand with aql’s digital infrastructure investments and our efforts to build partnerships and collaboration. It’s another way of connecting people to make society better, of driving innovation and creating opportunities for everyone.
We need both the enabling infrastructure and a representative workforce to drive sustainable, long-term growth in the region. If we get those things right, the North has the potential to be our most important digital hub and the most dynamic growth engine in the UK economy.”

A little more about Sarah

Sarah Tulip is the COO of smart telecoms operator aql. She’s responsible for operations, people and strategy. Before joining aql in 2016, Sarah was managing director of a recruitment consultancy and head of talent acquisition at Ten10, the UK’s largest independent software testing management consultancy, where she built, from scratch, the company’s award-winning graduate programme. A champion of diversity, Sarah is involved with a number of organizations and initiatives to get girls into tech. As an ambassador for Ahead Partnership, she gave the keynote at last month’s GirlTech event to 140 thirteen-year-old girls to encourage them to pursue digital subjects. Sarah is a key voice in the Northern Powerhouse and a Fellow of the Royal Society for the encouragement of Arts, Manufactures and Commerce, through which she contributes to the formulation of national policy on social inclusion. She plays active leadership roles with Leeds Digital Festival and Leeds International Festival. She sits on the Leeds Digital Board; on Leeds City Council’s committee to address skills gaps and shortages in the city; and works on other citywide council groups around Brexit, retaining talent and developing skills. She was named on Northern Power Women’s Future List in 2017 for her work around diversity in the IT industry and was nominated this year for Business Role Model of the Year at the Women in IT Awards.