Eleanor Temple, chair of insolvency and restructuring trade body R3 in Yorkshire and a barrister at Kings Chambers in Leeds, comments on Friday’s publication of the Government’s monthly corporate and individual insolvency statistics for May: 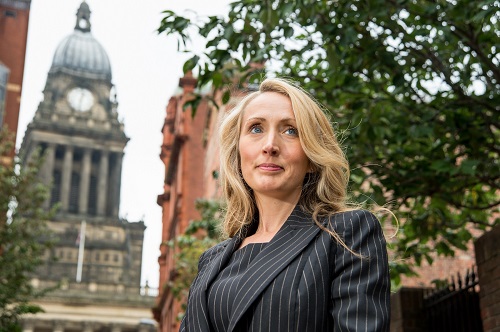 “Today’s figures show corporate insolvency numbers declined between April and May of this year, while the number of individual insolvencies increased, largely driven by a rise in the numbers of Individual Voluntary Arrangements (IVAs).

The corporate insolvency figures show the Government COVID-19 support measures appear to be helping many businesses that may otherwise have struggled during this period of economic disruption. This, in part, explains the drop in the number of businesses entering an insolvency process. There are also operational and logistical factors – such as the partial closing of the courts at the end of March – which also continue to play a role.

On the personal insolvency side, while the numbers of Debt Relief Orders and bankruptcies have fallen, both compared with last month and with the same month last year, there was a sharp rise in IVAs. However, as the Insolvency Service notes, this increase has been strongly affected by technical issues around registering IVAs, so today’s figures might not represent a true picture of personal insolvency levels.

While these statistics provide another snapshot of how the pandemic is affecting businesses and consumers, they still do not provide a full account of the impact it is having on levels of insolvencies.

Indicators over recent months suggest that an increase in insolvency numbers is coming, but this has not yet materialised. We are potentially in the period of calm before the storm, as indicated by the unprecedented 20.4% fall in GDP in April, published today.

It’s clear that we’re set for a period of economic turbulence. In addition to today’s shocking GDP figures, research also shows consumer spending and consumer confidence – which are indications of both the health of the nation’s personal finances and of how businesses will fare going forward – fell significantly between March and April, and many businesses will face a rocky road until this improves. The rent quarter day, which occurs in the fourth week of June, will also put extra pressure on many businesses.

It’s also worth noting that job vacancies were also significantly lower in April than in March, according to the Government’s own figures, and businesses are not optimistic about their abilities to resume hiring again in the short term. This is bad news for anyone whose finances have taken a hit, and indicates that the return to pre-pandemic economic conditions may take a long time.

On the consumer side of things, debt repayments have actually increased since lockdown, but research is also showing that some people are falling behind on paying rent, bills and mortgages, which is definitely cause for concern.

The longer lockdown continues, the more damage the economy will sustain. Yet easing restrictions on trading prematurely could lead to a wave of new infections and an even greater danger to business and personal finances. The Government has a difficult job in balancing these considerations as it plots a path forward.

Given the continuing uncertainty around how the country returns to ‘business as usual’, anyone worried about their personal or business finances should seek advice as soon as possible from a professional and reputable source. The earlier they do, the wider range of potential solutions they’ll have open to them, and the more considered a decision they’ll be able to make about their next move.”