Following the great success of 2014 when Sir Gary Verity and his team at Welcome to Yorkshire succeeded in bringing the Tour De France Grand Départ, the media have hailed Yorkshire as “Europe’s newest cycling destination”, but Yorkshire has always had a rich cycling heritage, despite the rugged and hilly terrain, with some of the UK's oldest cycling clubs located in the county. It's also true to say that some of Britain's greatest pioneers of the cycling world come from Yorkshire. Riders such as Brian Robinson, Beryl Burton, Sally Boyden, Barry Hoban, Sid Barras, Malcolm Elliot, Dave Rayner, Ed Clancy, Ben Swift and Lizzie Armitstead.

"I can see the Tour in their hearts, and in their eyes. For that, I say thank you to everyone in Yorkshire who has made this Grand Depart so very, very special."
Those were the words of Tour de France race director Christian Prudhomme, who described Yorkshire's Grand Depart as the "grandest" in the 113-year history of the race.
2.5m people lined the route over the weekend of the 5th and 6th of July, 2014 as 'Le Tour' passed through some of the county's most stunning scenery and landmarks.

The riders raced through the narrow country lanes of the Yorkshire Dales, on past the impressive gothic cathedral of York Minster, before ending in a breathtaking finish in the former industrial heartland of Sheffield, Prudhomme hailed a weekend which was "beyond his wildest imagination". "When you said you would deliver the grandest Grand Depart it was the truth, you have raised the bar for all future hosts of the Tour de France," he added.

Yorkshire has been awarded its own three-day international cycle tour. And, despite the weather been more cold and damp than warm and sunny, the inaugural 2015 Tour de Yorkshire was a big success taking the riders through some of the spectacular scenery captured in the previous year's Tour de France. Between them, the Tour de France and Tour de Yorkshire have generated over £150 million towards the county's economy and created a legacy which will benefit generations in years to come. 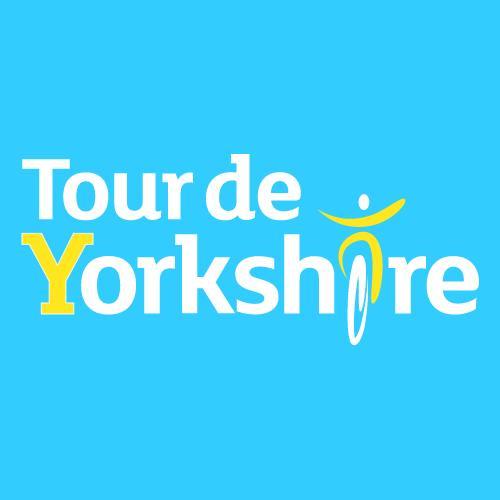 Since 1985, the best of Britain’s racing cyclists have come to Otley in June to take part in the Otley Town Centre Cycle races. The event is once again the opening event of the Men’s British Cycling Elite Circuit Race Series and the penultimate round of the Women’s British Road Series. These cyclists are the elite of British cycling who have helped to give the sport such a high profile in recent years.

There are also supporting races for local amateur riders and various youth races. The races take place around the town centre and are supported by the local council, businesses and volunteers. It is a hugely popular event which each year attracts thousands of visitors and it offers high-quality free entertainment. Celebrating the very best cycling that the Yorkshire Dales has to offer. The event takes in two routes of 38 miles and 80 miles through some of the county's most stunning scenery. The event open to anyone and more than 1,000 riders were involved in the inaugural event in 2015.

For full event details and registration go to: www.lepetitdepart.co.uk 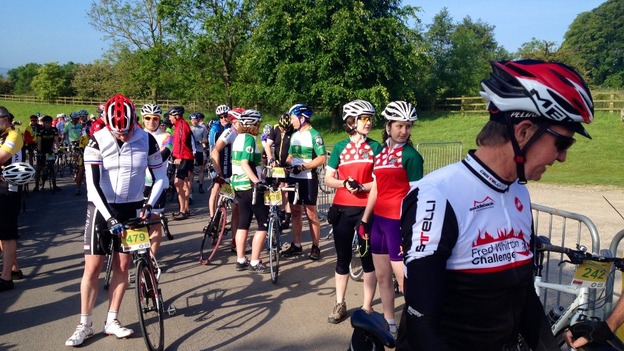 The Great Yorkshire Bike Ride is an annual 70 miles sponsored charity cycle ride from Wetherby to Filey. This ride takes in some of Yorkshire best countryside through the Howardian Hills and the Yorkshire Wolds to the coast. Every year 2,000 cyclists of all ages and abilities take on the challenge of this great Yorkshire event.

For full event details and registration go to: www.gybr.co.uk

So impressive a rider was Beryl Burton the French bestowed the rare honour, for a woman, of an invite to compete in the Grand Prix des Nations in 1967. In 1982, Beryl teamed up with her daughter Denise to set a new British 10-mile record of 21 minutes, 25 seconds for women riding a tandem. She was also awarded the MBE in 1964 and an OBE in 1968. Beryl also won Britain’s top cycling event, The Bidlake Memorial Prize a record three times in 1959, 1960 and 1967.

Born at Otley in 1988, Lizzie has ridden through the ranks to become the 2015-16 World, Commonwealth and National Road race championships. Lizzie also pulled on the Women’s Road World Cup champion’s jersey in 2014-15.

In the 2012 London Summer Olympics, she claimed the silver medal, in heavy rain, finishing behind gold medalist Marianne Vos of the Netherlands. Between 2009 and 2010 Lizzie won a total of five medals at the UCI Track Cycling World Championships, including the 2009 team pursuit gold medal with Joanna Rowsell and Wendy Houvennagel. 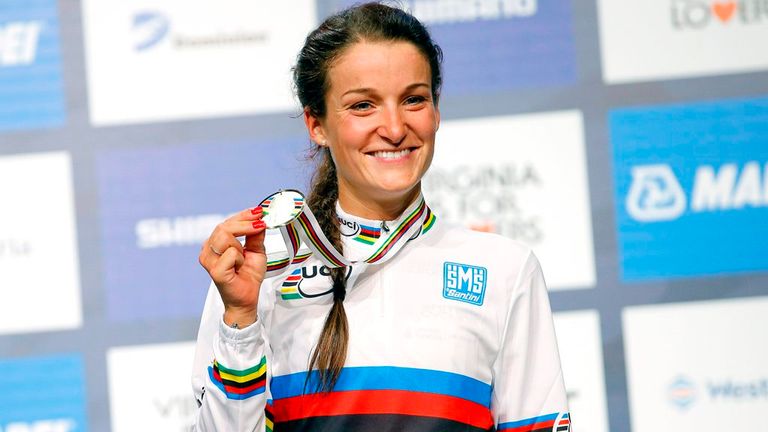 Born at Barnsley in 1985, Ed is one of Britain’s top track cyclists winning two major track championships. The World Omnium in 2010 and the European Omnium in 201. He also won gold in the men’s team pursuit and bronze in the omnium at the London 2012 Summer Olympics.

Born at Rotherham in 1987. As a junior rider, Swift impressed competing at the Junior Commonwealth Games, winning bronze in the points race. He also won the Junior Points Race Championship in 2004 followed by the scratch race in 2005. In 2005, he also competed in the senior scratch race where he finished third taking the bronze medal. In 2012, he became Britain’s first ever World Scratch Champion.

2007 saw him turn professional with British team Barloworld winning the King of the Mountains title in the Tour of Britain. In 2008, he rode for the British Cycling Development team finishing fourth in the 2008 Olympic Games road race. After the championships, Swift signed a two-year contract with Russian squad Katusha and was selected to ride the 2009 Giro d’Italia finishing third in stage two of that race. During a controversial change of teams, Swift joined the new British-based Team Sky winning a stage in 2010 Tour of Picardie as well as the general classification, the points classification and best young rider.

Swift continued to impress by winning stages 2 and 6 of the 2011 Tour Down Under. Going on to win stage 2 of the Tour of California, taking the race lead after stage 1 was abandoned due to bad weather. This year also saw him ride his first Tour de France where he finished 6th on stage 15. In 2012, Swift switched to the track with a hope of representing Great Britain in the London Olympics. This didn’t come off but he did compete in the World Championships winning the rainbow jersey in the Scratch Race and finishing second in the points race, before teaming up with Geraint Thomas to take silver in the madison. Ben was also pencilled in to ride the Giro d’Italia in this year but crashed during a training session the week before and had to pull-out suffering from a broken shoulder.

Team Sky selected him to ride in the Tour of Poland where he won the second and fifth stages as well as the TofP red and white points jersey. Swifts 2012 finished on a high with a second placed finish on stage 18 of the Vuelta Espana.

For more information about other famous cyclists, visit our list of the Top 10 Yorkshire Cyclists.