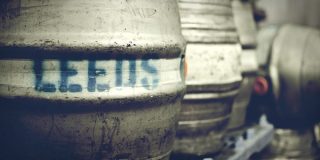 Leeds Brewery has sold its chain of pubs to Camerons Brewery as part of a strategic move by the Yorkshire based business to focus on developing and expanding its brewing operations within the region.

Established in 2007 by Sam Moss and Michael Brothwell after they met at University, Leeds Brewery has agreed to sell all seven of its pubs to the Hartlepool-based company for an undisclosed sum.

The pubs, which are based in Leeds and York, employ around 100 people and as part of the deal all employees will transfer and be retained by Camerons Brewery.

Leeds Brewery is the city’s largest brewery and currently has a weekly capacity of 150,000 pints. It produces four permanent cask beers; Leeds Pale, Yorkshire Gold, Leeds Best and Midnight Bell, and a range of seasonal ales.

Following the deal, the business is looking to increase brewing capacity, create new beers and further develop its reputation as one of the best and most consistent breweries in the north of England.

Camerons Brewery was founded in 1865 and is the largest independent brewer in the North East. It has a growing estate of pubs and in 2013 it acquired the ‘Head of Steam’ craft beer chain, which it has since expanded with the latest opening in Newcastle this summer.

Sam Moss from Leeds Brewery said: “Since we launched the business we have prided ourselves on both the beers we create and the pubs that we serve them in. Brewing beer is however our passion and this deal will allow us to focus on this so we can explore new opportunities for our existing beer brands as well as creating new ones.”

“We are delighted to have advised Leeds Brewery on the strategic sale of its pub estate and look forward to working with Sam, Michael and their team as they focus on the continued growth of the brewery operations.”

Leeds Brewery is a long standing client of Irwin Mitchell with the firm advising the business on its property portfolio.