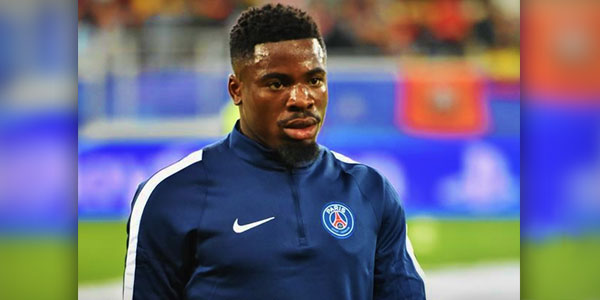 Paris St-Germain defender, Serge Aurier, will miss this evening’s Champions League match against Arsenal as he has been stopped from entering the UK by the Home Office.

PSG say the UK authorities granted Aurier a visa in October but then revoked it on 16 November, citing his conviction for assaulting a police officer. The Ivorian was given a two-month suspended prison sentence earlier this year.

The French champions, who play Arsenal at Emirates Stadium this evening, have accused the Home Office of a “tardy response” and said the timing showed “a lack of respect”. It is claimed the decision was not made until Tuesday afternoon.

Aurier, 23, was born outside Europe and was applying for a Tier 2 Sportsperson visa. This allows an individual to stay in a country for up to three years and usually takes three weeks to process.

A spokesperson from the Home Office said: “The immigration rules clearly state that non-EU nationals who have received a custodial sentence of less than 12 months within the last five years will be refused on criminality grounds.”

Aurier is appealing against his initial conviction, leading PSG to express their disappointment that ‘the presumption of innocence’ has not influenced the decision by the Home Office.

Uefa has also stepped into the debate sending letters to the Home Office and Football Association supporting PSG and expressing their disappointment that he could not play for reasons which are not related to football.

“As PSG appear to acknowledge, the decision is in accordance with the immigration rules, which are clear in this respect. The concept of innocence until guilt is proved is irrelevant in this situation – Mr Aurier has been tried and found guilty of assaulting a police officer. Exercising a right to appeal does not change that. If Mr Aurier’s appeal is successful, we imagine the Home Office will have no problem admitting him to the UK.

“The Home Office is applying its rules regardless of the status, wealth and feelings of the Champions League, PSG and Mr Aurier. Perhaps we should be encouraged by this.”