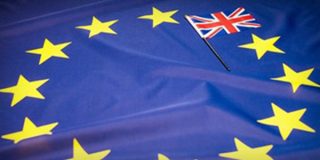 Legal Experts Comment On Implications Of The Brexit Result

Experts at national law firm Irwin Mitchell have commented on the many implications leaving the EU will have on businesses, individuals and families, following the announcement that the UK has voted in favour of leaving the EU.

The historic result of the EU Referendum, which has dominated the political and economic landscape in recent months, was announced earlier this morning at Manchester Town Hall.

The Government must now make a formal notification of the UK’s intention to leave the EU, before the anticipated two year process of negotiating terms of the exit begins.

The debate surrounding the referendum cast a cloud of uncertainty over the UK’s future and today’s result will leave many businesses and individuals wondering what will happen next, and how best to move forward.

The Business Legal Services experts at Irwin Mitchell have been closely monitoring the situation, and have now given their professional opinions on what the impact of the victory for the Leave campaign means.

You can ask the team any additional questions about what leaving the EU means for you, your business, your assets and your family at our dedicated EU Referendum page.

Head of Corporate at Irwin Mitchell, Chris Rawstron, said it would take time for the ‘jittery’ market to recover following uncertainty cause by the referendum.

The uncertainty in the run up to the EU referendum vote has dragged levels of M&A activity down compared to last year and, although the outcome of the vote is now known, I think it is fair to say the market will remain jittery in the short to medium term.

It will however be interesting to see what happens as the year progresses. There is currently uncertainty about future trading opportunities for UK companies, but ambitious businesses will need to review their strategic options and this could drive a wave of transactions as businesses look to bolster their domestic and international sales channels.

Sarah Riding, commercial partner at Irwin Mitchell, said trading relationships would be affected by the sustained levels of uncertainty as the UK negotiates the terms of its exit from the EU.

Leaving the EU will fundamentally impact on business trading relationships. Even if the direct impact is delayed for the negotiation window before the UK formally withdraws, contracts will be affected by the uncertainty in the interim.

Where there is dependence on EU trade, as well as the likely effect on exchange rates and cost implications together with possible legislative change, the viability of a contract may be impacted. If a contract can only be performed due to a feature of EU law, such as free movement of goods, then a contract may be frustrated or parties may seek to invoke force majeure. The UK government’s action during the envisaged two year exit period will of course affect these risks.

Joanne Bone, partner and data protection specialist at Irwin Mitchell, said that new EU rules due to come into force in 2018 would still be relevant for UK businesses trading, or offering services, within the EU.

If a business trades only in the UK, the issue is less clear as the UK Government may choose to include equivalent legislation anyway. It is generally accepted that the data protection laws are out-dated and I suspect that data protection will not stay the same for long, even though we are leaving the EU. In other words, there will be some reform. We just don’t know what it will look like.

Partner and regulations expert, Laurence Gavin, added that it would be interesting to see how open UK judges will be over the coming months to pushing back against European measures in procurement and competition cases.

Much of our economy is subject to regulation, and most regulations are EU-driven, so uncertainty is going to influence corporate decisions and we can expect an impact on activity while businesses take advice. In principle, little should change in the short term, and it may feel like a normal summer slowdown.

Come the autumn, we will see whether the Government has a grip on the situation. Litigation in areas such as procurement and competition law will be watched closely as it will test the UK judges’ willingness to push back against European measures. We should also expect news in the financial services industry as the EU passporting regime has been key to London’s status as a leading financial centre.

Employment and immigration partner, Omer Simjee, said the Leave vote could eventually change requirements for EU citizens wishing to work within the UK.

We may now see a surge in the numbers of EU workers already working in the UK applying for indefinite leave to remain in the UK so that they can avoid any immigration restrictions that are imposed. Currently, they will need to demonstrate that they have lived in the UK for at least five years, although it is possible that the UK will increase these requirements.

Partner and Employment specialist Glenn Hayes added that employers should not assume a Brexit means instant changes to regulations currently in place.

All employers will have to continue to follow all existing UK laws derived from the EU for two years after the exit notice is served.

European Directives, such as those regulating working time and holiday entitlement, TUPE, collective redundancies, discrimination and agency workers have been implemented via primary legislation in the UK and the UK Government will have to decide whether to amend or repeal these. They will not however fall away automatically, simply because of Brexit.

Employers, for example, will not therefore suddenly be able to insist that their staff work over 48 hours per week or take fewer holidays.

Real Estate Partner, Rob Thompson, discussed the impact the result could have on the property market.

Britain’s decision to leave the EU is monumental. However, property law is not heavily influenced by EU legislation and, therefore, Brexit will be a market issue, rather than a strictly legal one. In recent months, the press has been awash with competing predictions about the impact of Brexit but the almost universal consensus of economists and property professionals is that leaving Europe will have an effect on transactional activity levels in the UK property market, at least in the short term.

We have already seen a period of outflow from commercial property funds and European banks, which hold a large volume of securitised debt, may start to divest themselves of some of this debt in response to Brexit. Overseas investor and developer confidence in the residential sector will also be affected and Brexit is likely to slow, if not stall, investment in new housing development and will probably disrupt the inflow of labour and materials to the UK. There are also broader economic questions around the effect of Brexit on currency markets and interest rates. These, too, will impact on the property market as much as any other.

Many though are more optimistic and predict that, after a short term dip, the UK property market will thrive as trade is boosted due to the removal of import tariffs and the dumping of regulations.

Opportunistic investors will no doubt look to take advantage of uncertain market conditions to extract greater value on acquisitions.

Martha Grekos, partner and Head of Planning at Irwin Mitchell in London, says the EU does not tend to legislate in the area of planning law, leaving this to the individual member states, but points out that where EU has a greater effect on planning is in the area of environmental protection.

Georgie Collins, partner and Intellectual Property expert at Irwin Mitchell, shed light on how leaving the EU would impact on those wanting to protect products, ideas and creative works.

A UK exit from the EU will have a significant effect on trade marks, design rights and the new EU Unitary Patent System.

We would expect that during the withdrawal negotiations, transitional provisions will be agreed and implemented for existing registrations, such that they remain effective under ‘grandfather rights’ or transfer into national rights based on prior rights.

Rights owners will be subject to additional costs of transferring rights and maintaining separate registrations going forward. UK trade mark attorneys and lawyers will not be able to act as representatives before the EUIPO, which is likely to result in increased fees.

Overall, a leave vote is likely to lead to a significant step back in cooperation and policing between the UK and the EU, and may make cross border crime fighting harder to achieve for the UK.

Head of Pensions at Irwin Mitchell, Martin Jenkins, said leaving the EU could pose a potential opportunity for potential investors.

Despite the vote to leave the EU, it will take time for any legislative changes to work their way through the system and pension changes won’t be top of anyone’s agenda except for pension professionals. No one quite knows what might happen following the immediate aftermath of Brexit, let alone its longer term consequences.

However there are bound be investment opportunities for the brave, or those who have strategically bunkered down into an investment position, and investment risk for the rest – those who are not in a position to be brave with their investments nor are they sophisticated nor nimble enough to bunker down.

This will include many ordinary Defined Contribution (DC)_members whose best hope is perhaps to take a long-term view of their pension savings and ride out any market change.

There is a question mark over to what extent advisers, investment managers and global custodians should be more active in flagging these types of risks and helping individuals to find a route through them but, as with much else that relates to DC schemes, the potential variables are probably too great for anyone to be able to fully advise on this. That can’t be satisfactory from the consumers’ perspective.